Posted by Tribute Books at 9:51 AM 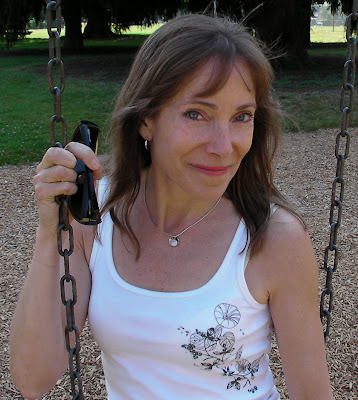 “I don’t think the general public realizes how unglamorous the lives of opera singers can be—at least those of the 99.9 percent who don’t hit the big time,” Melodia says. “The world of operatic also-rans is a goldmine of humor, peopled as it is with larger-than-life characters whose insecurity, desperation and envy make them unusually good murder suspects. Most of what happens in my book is unlikely in the extreme, but there is more truth to it than you might suppose.” 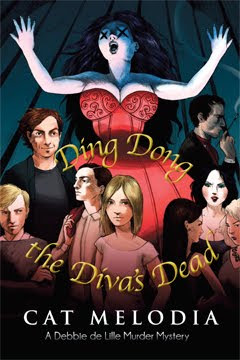 Ding Dong The Diva's Dead
can be purchased at:
Amazon
Barnes & Noble
or at your local bookstore.

Deborah de Lille is an opera singer—in the least grand sense. Debbie doesn’t foresee a future beyond Handel Messiahs and low-budget tours ... until her agent finagles her a minor role with a small-town company. The artists assembled for this production of Offenbach’s spooky opera, Tales of Hoffmann, have more than opera on their minds. Their games of love are not for the faint of heart, and the cutthroat atmosphere may have become literal. How far are they willing to go to advance their careers and even the score? The singer Debbie replaced died under suspicious circumstances, and after another minor player bows out suddenly, she is also given her role. Now she has two small roles that no one in their right mind would kill for. So, either someone isn’t in their right mind, or the close calls threatening Debbie’s safety are all unlucky coincidences. Add to the mix three preening tenors, a sexy lesbian director, a vengeful conductor, an obscenely rich and Hollywood-handsome general director, a fading Italian pop star, a trio of bitchy leading sopranos, an ambitious understudy, countless attention-starved underlings, an anti-opera terrorist group, a resident ghost, and Debbie’s kooky and dysfunctional friends and family, and you have an opening night that promises to genuinely thrill and chill.